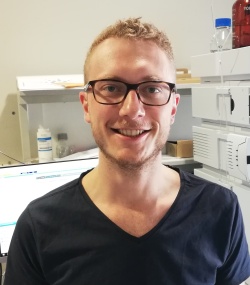 Hanusch Grab was born in Augsburg, Germany, in 1993. He studied chemistry at the Technical University Munich, where he received his B. Sc. (2014) and M. Sc. (2016). During the course of his master’s studies, he joined the research efforts of Prof. Stephan Sieber and Prof. Bernhard Rieger for internships on the development of anti-cancer agents and catalysts for the stereoselective synthesis of biodegradable polymers, respectively. Eventually aligning his research focus on the total synthesis of natural products, he became a member in the group of Prof. Thorsten Bach working on the first total synthesis of vioprolide D. After receiving his Ph. D. in early 2020, he started pursuing his postdoctoral studies in the Dydio research group where he is investigating the synthetic potential of the hydroacylation equilibrium. Besides chemistry, he is interested in comic books, snowboarding and ice hockey. 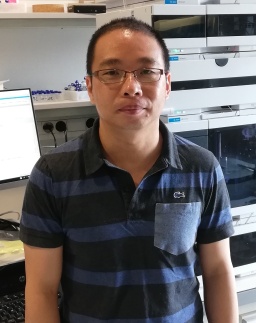 Yang Zhang was born in China in the 1980s. In 2011, he started his PhD studies in the group of Dr. Angela Merinetti at université Paris Sud. There, he worked on the transition-metal-catalyzed enatioselective cycloisomerization of enynes. After receiving his PhD in early 2015 he joined prof. Christophe Thomas’s research group at École nationale supérieure de chimie de Paris where he was working on the development of synthetic methodologies towards polyurethanes by ring opening polymerization with organometallics. Then in october 2016 he joined the Dydio research group where he is studying transition-metal-catalyzed funtionalizations of alkenes or alkynes. Ouside of the lab, he likes doing sports and travelling. 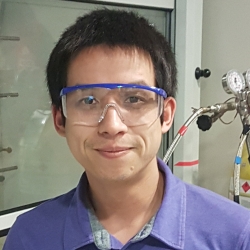 Michel Sigrist was born in 1995 in Obernai, France. From 2015 to 2018, he studied chemistry and biology at the University of Strasbourg, where he received the Bachelor degree from the Biology Faculty. During that time, he did two internships, both at the Strasbourg Institute of Material Physics and Chemistry, France. He worked on the synthesis of platinum(II) N-heterocyclic carbene complexes against cancer and on the synthesis of nitriles based on a ruthenium-catalysed oxidation of primary amines under oxidant free conditions. In 2018, he entered the Chemistry-Biology-Medication program at the University of Strasbourg. In 2019, he joined the Dydio group at the Institute of Science and Supramolecular Engineering and worked on regioselective palladium-catalysed hydroformylation of unsymmetrical alkynes together with Dr. Yang Zhang. In 2020, he decided to continue the research in the same lab, investigating palladium-catalysed hydrocarbonylation reactions of olefins, for his Master’s thesis project and then as a PhD student. Outside of the lab, he enjoys meeting with friends and sports like badminton and table tennis. 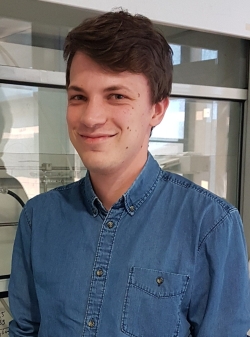 Lukas Veth was born in Koblenz, Germany in 1994. He studied Biomedical Chemistry at the Johannes Gutenberg-University Mainz, where he received his B. Sc. in 2017 and his M. Sc. in 2019. As a part of his master’s studies, he joined the group of Prof. Andrei Yudin at the University of Toronto for six months, working on the synthesis of heteroatom-rich boron-containing compounds. For his master’s thesis, he worked in the research group of Prof. Frank Rösch in the field of radiopharmaceutical chemistry. In July 2019, Lukas started his PhD in the Dydio group where he is working on a transition-metal catalyzed equilibrium as a tool to access a new reactivity pattern for organic molecules. Outside the lab, he enjoys meeting with friends and making music.

Sebastián Martínez was born in Montevideo (Uruguay) in 1992. His passion for chemistry began during his high school studies. In 2010, he participated as a member of the Uruguayan team in the International Chemistry Olympiad helded in Tokyo. From 2011 to 2017 he studied chemistry at Facultad de Química, Universidad de la República (UdelaR, Uruguay). As a result he obtained a Bachelor Degree (2015), a Chemist Degree in materials chemistry (2016) and an Advanced Bachelor Degree in computational chemistry (2017). In 2013, he joined the research group of Prof. Carlos Kremer at the same university to work in the coordination chemistry and supramolecular chemistry fields. During this time he participated in several research projects that cover the study of transition metal complexes with aminopolycarboxylic ligands; heterometallic metal–organic frameworks and novel luminescent metal complexes based on Schiff-base ligands. Also, he participated in the computational chemistry research group of Prof. Nicolás Veiga to study the assembly of nitrilotripropionate metal complexes; Diels-Alder reactions of synthetically valuable heterocyclic scaffolds and double [3,3]-sigmatropic rearrangements of substituted benzyl azides.
In 2018, Martínez was awarded the Solvay PhD Fellowship provided by Solvay and the FRC foundation. He joined The Dydio Research Group to pursue his PhD studies and carry out the projects aiming to enable new transformations for organic synthesis by constructing (multi)catalytic networks of reactions. Outside work, he enjoys drumming and coffee. 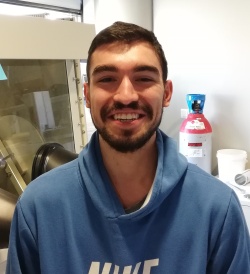 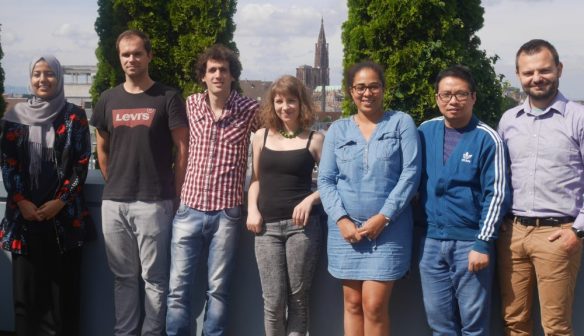 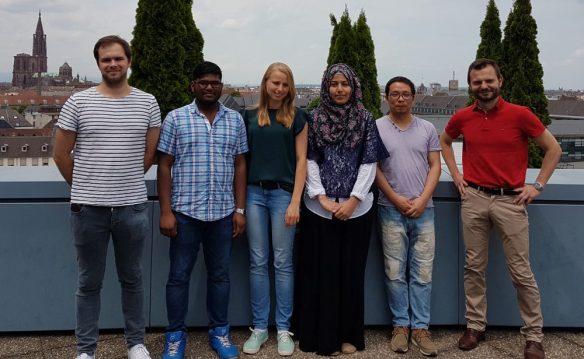